Only six players in the team, one coach and no need to beat the time but scoring 50 points first – that is what 3-on-3 basketball is about. Founded in 2017 by hip hop musician Ice Cube and entertainment executive Jeff Kwatinetz, the BIG3 basketball league attracts millions of basketball fans in the USA and beyond. We talked to former basketballer Clyde Drexler and now BIG3 Commissioner about what makes 3-on-3 basketball so special, why fans are fascinated and how it is to work with founder Ice Cube.

European Business: Mr Drexler, you are a basketball legend and universally considered as one of the best swingmen to ever play the game. Now you are leading the BIG3 as the Commissioner since 2018. What are your tasks and priorities as a commissioner?

Clyde Drexler: My first priority is to help the Co-founders Ice Cube and Jeff Kwatinetz - who did an incredible job to found the BIG3 - to help to continue to grow as a league, which presents a professional 3-on-3 basketball to the audience. We have the most exciting players in the world with present or former NBA stars, great coaches like basketball legend ‘Doctor J’ Erving, Rick Barry or Nancy Lieberman. And the people who promote our league are the top executives in the entertainment industry. To build a connection with them it's another priority of my job as BIG3-Commissioner. To organise the business side and finding corporation partners for the league and our organisation, who would take the walk with us, is a big factor. Be part of the BIG3 in this role is the ultimate shell. My competition experience from my playing days are a big factor to lead the league and elevate the game in many levels, that is part of being the Commissioner.

European Business: Now the upstart, professional 3-on-3 basketball league BIG3 is on its third season already. Because of the great skill level, the high level of competition and the big entertainment around the games, the enthusiasm and interest from fans and the media for the league is increasing year by year. For the upcoming season the BIG3 will expand from 8 to 12 teams. Which development can be recognized for the league? And what’s at the top of your list as something you want to accomplish and want to build on this season for the league?

Clyde Drexler: The founders of the league - Ice Cube and Jeff Kwatinetz – and all the cooperate partners of the league like Adidas have a great integrity in the business and it is like a family. The players love to play, the coaches love to coach and we have a great leadership team with the BIG3. My task is to make it possible to grow the sport, the league and the game that I love and make sure that the players and fans can enjoy our entertainment. We also can give back something to the community and especially to our young fans – the kids. We always give cups and gifts to the kids where we play and we in constant exchange with the community. On top of our list to accomplish is to continue to grow as a league, as a company and to get bigger and better.

European Business: Producer, actor and music legend Ice Cube, along with entertainment executive Jeff Kwatinetz, are founders of this 3-on-3-half-court basketball league. With you as Commissioner and former Oakland Raiders executive Amy Trask as CEO, there is a lot of great management-, entrepreneurial- and basketball-affine experience in the leadership. What was your first opinion when Ice Cube asked you to take over the BIG3 as Commissioner and how is working with them?

Clyde Drexler: It was an honour when they asked me to take over the league as Commissioner. As a former NBA player as well as a coach in the first year off the BIG3, it is great to be on the top of the BIG3 to help to take the league to the next level. It is a privilege to work with an entertainment legend like Ice Cube and with great and smart management people like Jeff and Amy Trask (Chairman of the Board), Jerome Williamson (former NBA player, now President Young3), Thomas Scott and many more. They are all bright professional and great leadership - we are like a team.

European Business: What do you think is so fascinating for you, the fans and the players about the BIG 3 and about the 3-on-3 on the indoor basketball floor?

Clyde Drexler: From the top of the leadership, there is a lot of talent in the league with players and coaches as well: A lot of basketball legends and members of the Naismith Memorial Hall of Fame like ‘Doctor J‘ (Julius) Erving, George Gervin, Gary Payton, Nancy Lieberman and Rick Barry are Headcoaches of BIG3-teams for example.

In addition, well-known former NBA players like Baron Davis, Kenyon Martin, Chauncey Billups, Amare Stoudemire or Mike Bibby played professional 3-on-3 last year. For the upcoming season, former NBA stars such as Gilbert Arenas, Joe Johnson, Al Jefferson, Lamar Odom and Kendrik Perkins for example will participate in this league for several BIG3-teams. We continue to get the best players with a lot of NBA and basketball experience and basketball legends as coaches to play and coach 3-on-3 basketball. Only the players are a little bit older, from 27 to 50 years old, but they have to be in top condition to be part of our team.

Another reason it is so popular; they have to play half court basketball. All players we require and select for the BIG3 can all still play on a high level. We get international players like Dusan Bulut, Carlos Arroyo and others with a lot of basketball experience. Together they present the best 3-on-3-basketball in the world with a lot of entertainment around the games as well. That is fascinating for fans, the players and myself.

"I love that it is a lot of entertainment around the games. But there are many differences to the regular and classic play." Clyde Drexler

European Business: How do you acquire these famous players with a lot of NBA experience for the league?

Clyde Drexler: It is a combination of acquiring famous basketball player and former NBA stars and ask them to come to our league – and the interest from the players themselves to be part of the BIG3. The key is to always talk to the best talent in the world and to get them an opportunity to compete on a level.

European Business: The rules from the BIG3 differ in several points from the 3-on-3 rules of the World Federation FIBA. Where do you see the biggest differences from this unique concept to the classic 5-on-5-team basketball?

Clyde Drexler: I love that it is a lot of entertainment around the games. But there are many differences to the regular and classic play, for example: Each team has six players and one coach instead of the classic team roster of fifteen players and two or more coaches. The next difference is, that a team that scores 50 points in a game first wins and you have to win by two points, without an official time clock for the game. The attacking time is 14 seconds to get a play done. Then there is a 4-point circle and the three-point line as well. The games are played 3-on-3 on a half-field. And we play three games in a row with six teams against each other. Another big difference to the unique concept of the classic 5-on-5 team basketball is the defence part inside the game. With full court basketball you have a wee side and help on defence because you have more players on the court. With only three players from each team in half court play you do not have this help and have to depend on your own. So, you have to pick players to play both offensive and defensive.

But the biggest factor is, that all over the world every basketball player is growing up with playing 3-on-3 basketball outside on the street floor, in front of their own houses or garages. Because when you grow up and you want to play basketball as a kid or a young adult for example, most of the time you do not have ten guys or girls to play, maybe only five or six. So, you have to play 2-on-2 or 3-on-3. Therefore, everyone from the fans to the players and the BIG-3-Management as well has a connection to it. The idea was to transfer this concept on indoor floors of event arenas. And of course, it is a lot of fun to watch 3-on-3 being played by the best player in the world.

Read the second part of the interview here:  "Future of BIG3 basketball: The sky is the limit"

A Danish hotel group where everyone can feel at home

Interview with Clyde Drexler, Basketball legend, NBA-Champion, Entrepreneur and Commissioner of the BIG3 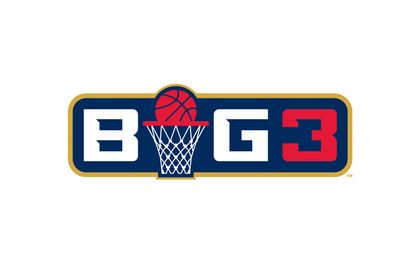 Clyde Drexler, nicknamed ‘Clyde the Glide‘, is an American former professionel basketball player, a 15-year NBA veteran and a two-time ‘Naismith Memorial Basketball Hall of Fame‘- inductee. He was named one of the 50 greatest players in NBA history. During his distinguished NBA career, Drexler played for the Portland Trail Blazers (1983-95) and Houston Rockets (1995-98) and was leading the University of Houston to back-to-back NCAA-Final-Four appearances in College before. Drexler is an NBA Champion, 10-time All-Star and won a gold medal as part of the legandary 1992 U.S. Men’s Olympic Basketball ‘Dream Team‘.

After his playing days, he served as coach of a BIG3-team for the league’s inaugural 2017 season and afterwards signed a three-year deal as Commissioner of the 3-on-3 basketball league and company Big3 Basketball LLC through the 2020 season. As Commissioner he will help to lead the BIG3’s basketball operations as well as executing the league’s long-term strategy on all fronts.