FC Bayern has long been more than just a football club. The Munich-based club has enjoyed a high standing on the international stage for many years. Despite this, comparisons with Google or BMW are still misplaced and e-Sport is looked on with a critical eye as Board Chairman Karl-Heinz Rummenigge explains in an interview with European Business that also examines the future of the sport.

European Business: Mr. Rummenigge, FC Bayern is not just one of the most successful football clubs in the world and a global brand but, as a corporate entity, it is also important for the economy. What sets the company apart from major multinationals like Google or BMW?

Karl-Heinz Rummenigge: We are not so overconfident or arrogant to seek a comparison with Google or BMW. They operate on an entirely different level. We are a medium-sized business that has enjoyed tidy growth over the last few years and whose name is perhaps nearly as well-known as the companies you mention. However, that is where the similarities end.

European Business: The world is becoming increasingly digital. The effects are felt most strongly by companies. To what extent do you take this into account when planning for the future?

Karl-Heinz Rummenigge: I think we are known for the fact that we have invested heavily in digital development in the past few years. We are very lucky to have one of the leading experts for all things digital in the person of Stefan Mennerich. Digital developments are crucial to the future of the club in areas such as fan marketing and merchandising. That is why the subject has the full attention and support of the board.

We are not so overconfident or arrogant to seek a comparison with Google or BMW. They operate on an entirely different level. Karl-Heinz RummeniggeChairman

European Business: It is not just the company but also the game that is going digital: You recently revealed that FC Bayern is considering becoming involved with e-Sport. Why is e-Sport of interest to you?

Karl-Heinz Rummenigge: The club’s board has not yet made a final decision about e-Sport. I think that the subject will be tabled again in the near future, and then we will decide whether it is for us or not.

European Business: e-Sports makes sporting success accessible for even the less fit amongst us. To what extent can e-Sports be classified as sport? What is your point of view? What does FC Bayern want to achieve in this area in the medium term?

Karl-Heinz Rummenigge: I think that the main question to be answered when it comes to e-Sports is whether it is useful exercise? Many of the big clubs have taken the leap. For me, it is important to know that it will bring a tangible benefit for FC Bayern and be profitable. FC Bayern doesn’t do things just to follow the crowd. I think you have to be clear that e-Sports has very little in common with ordinary football.

We have a responsibility to our fans and our shareholders and I hope that all are happy with the way we represent and manage the club.” Karl-Heinz RummeniggeChairman

European Business: You have now been club chairman since 2002. Does the job of steering the fate of a world-class football club get any easier with time?

Karl-Heinz Rummenigge: I have been FC Bayern chairman for 17 years and the club’s development in that time can be seen as overwhelmingly positive. From a sporting point of view, we have won everything there is to win in football. Our economic performance has also been outstanding. In 2002, our turnover stood at 176 million EUR. In 2018, it reached 657.4 million EUR and I am confident that we will hit a new record this year, not just in turnover but in profits, too. That means our performance in both areas can be regarded as more than satisfactory.

European Business: Both in your career as a professional footballer and as chairman you have celebrated numerous sporting successes. What drives you personally as a businessman and in your current role as chairman?

Karl-Heinz Rummenigge: First of all, I am very grateful that Franz Beckenbauer gave me the opportunity to lead the club as its chairman in 2002. We have a responsibility to our fans and our shareholders and I hope that all are happy with the way we represent and manage the club.

Karl-Heinz Rummenigge: We are currently facing a period of transition. Phase 1 has been running this season in which we have successfully integrated the players you named as well as Serge Gnabry and are very pleased with the way they are playing. Phase 2 kicks off this summer when new signings Benjamin Pavard and Lucas Hernández will join the squad. I can’t yet make any serious predictions whether more young players will join FC Bayern. However, I think that two, or perhaps three, phases will be sufficient to achieve a transition that will allow the team to play successfully in the future.

European Business: Besides rivals Dortmund and Leipzig, you are again one of the top favourites to win the league title in the 1st division of the German Bundesliga. How do you feel the season has gone and how well prepared is FC Bayern München AG for the future?

Karl-Heinz Rummenigge: It has been a thrilling season so far this year. We have now won the league title six years in a row - once with a lead of 25 points. This year, the race is much closer. Both Dortmund and Leipzig have worked very hard. Our goal is clear, to use the remaining games to achieve what at times seemed to have slipped from our grasp: become league champions. And, of course, to win the cup. We’ll see in the coming weeks whether we can manage both.

Safety training for companies: “The truly dangerous attacks seldom come out of the blue”

Together, let's build the solutions of tomorrow. That's what we do with our customers

Digital transformation: “Companies need a vision and need to take on the advantage of technologies”

Interview with Thomas M. Siebel, founder of C3.ai and Siebel Systems and author 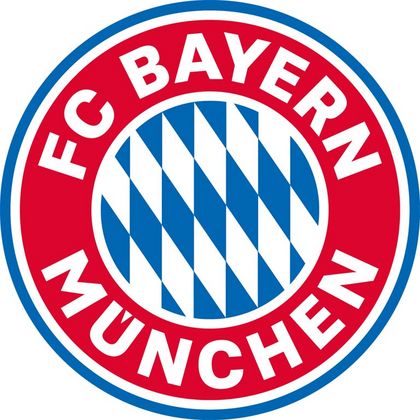