No outfit is complete without the right shoes. They can make or break a look and are usually well-worth investing a little more in. Well-designed, beautiful shoes make the wearer walk a little taller, both physically and mentally, and are a source of boundless pleasure. The place to go in Paris for footwear that sets pulses racing is Biondini Paris. With several exclusive boutiques in the French capital and a range comprising of leading brands, Bondini has established itself as a purveyor of footwear that is guaranteed to turn heads.

Biondini has always liked to shake things up in the footwear market and selects shoes that stand out from the crowd. The company stocks shoes that have been carefully chosen from the collections of the most luxurious and desirable brands in the fashion sector.

“We are in the fortunate position that we can choose the very best styles and models from each season’s collections from a host of renowned fashion brands,” says President and CEO Patrick Melloul. These include Saint-Laurent, Valentino, Balenciaga, Giuseppe Zanotti, Gianvito Rossi, Alaïa, Chloé, Versace, Alexander McQueen, Charlotte Olympia, Lanvin, Aquazzura and Dolce & Gabbana amongst many more.

With such an illustrious product range, Biondini must present them in an appropriate setting – one which is frequented by the type of clientele that can afford to indulge their love of beautiful shoes at this level. Where else could provide the right surroundings than the premier shopping boulevard in Paris – the Champs-Elysées.

With three boutiques, Biondini is a familiar presence on this most famous boulevard in the heart of the French capital. The company’s offices and store rooms are also located in close vicinity to the sales boutiques. This ensures that the sale teams in the shops and the support staff in the office benefit from their close proximity and a dynamic working atmosphere.

Shoes are a passion not only for the founding family, but also for the entire staff. There is a real sense of excitement when the new models are unveiled, and every effort is made to set them off to their best advantage. Biondini’s sales assistants are accustomed to serving a well-heeled, demanding clientele who generally know exactly what they want.

It was Patrick Melloul’s father who set up the family shoe business in Paris. “In 1985, I had just been given the opportunity to take over a boutique on the Champs-Elysées that had become available,” recalls Patrick Melloul. “Up until then, we had focused on men’s shoes, but I have always had an interest in women’s shoes and began to stock styles for women.”

In 1989, to mark the 200th anniversary of the French Revolution, the company brought out a range of shoes in France’s national colours of red, white and blue decorated with rhinestones.

“They were very kitschy, very bling and a lot of fun,” says Patrick Melloul, who was the creative force behind the ‘revolution’ range. “My father had given me free rein to manage the shop as I saw fit and the bicentennial of the fall of the Bastille provided the perfect opportunity to do something different,” Patrick Melloul says. “My tricolor-themed shoes certainly did that – no one had ever seen anything like them before. Many people said I was crazy, but the shoes got us noticed, and I developed the fancy shoes concept from there.”

Shoes are in Patrick Melloul’s blood. Having grown up in the business, it is only natural that he should follow in his grandfather’s and father’s footsteps. “I love shoes and particularly the high-end shoes that are our speciality,” says Patrick Melloul. “Although trends come and go, there really are no rules. The shoe must suit the occasion but are not always the star of the show. Every day should bring a new idea.”

Patrick Melloul believes in sharing his passion with his own family. His wife Sandra has shared in the business, and his children were often in the shop in the afternoons. They too have grown up in the shoe business such that many of his regular clients still remember their names.

Historically, Biondini has attracted a diverse international clientele. The boutiques were popular with wealthy foreigners from Russia who could rub shoulders with celebrities and royalty while trying on shoes.

Over the years, Biondini has also built up an extensive following amongst born and bred Parisians. As the clientele has grown, so too have Biondini’s means of reaching its customers. “In addition to our three boutiques on the Champs-Elysées, we also have shop-in-shop boutiques in Galeries Lafayette and Bon-Marché,” says Patrick Melloul. “We also have our own online shop and Facebook page. We decided to collaborate exclusively with Farfetch, which helped us to set up an efficient e-shop with a good worldwide visibility.”

Nevertheless, Biondini is still committed to expanding its physical presence and is increasing the number of stores in Paris with the opening of a new Biondini boutique on the Rue St. Honoré, one of the trendiest fashion hotspots in Paris.

Another goal for the French entrepreneur is London, where Patrick Melloul also sees a great deal of potential. “There are no other shops in London with a concept in any way similar to ours, so I am sure we would easily stand out from the crowd and attract a similarly loyal customer base in the British capital,” he insists. “My target is to double turnover within the next three years.” 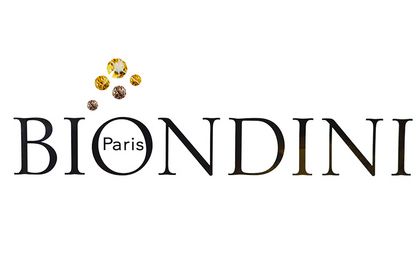