With his CloudFisher, Peter Trautwein has developed a collector that can convert fog into drinking water in remote areas of the world - a device that not even strong winds can destroy. The industrial designer sells his collector through the WaterFoundation as well as via his own company Aqualonis. Mr. Trautwein spoke with European Business about the symbiosis between entrepreneurial and non-profit-making activity, the financing of his projects, and the various possibilities and limitations of his technology.

European Business: A number of companies have already tried to convert fog into water. How does Aqualonis’s technology differ from the solutions implemented to date, and how do you prevent your collectors from being torn apart by strong winds - the biggest technical problem with previous designs?

Peter Trautwein: Before founding Aqualonis, I was a volunteer at the WaterFoundation. In 2009, we installed fog collectors in two locations in Eritrea, which were the design of Canadian NGO FogQuest. Their devices consisted of steel or wooden posts, tensioned wire ropes, and 40 m² nets which are normally used in agriculture to protect against birds. When I went to the site and saw the result, I was shocked; everything was lying on the floor, torn to pieces; it was a disaster.

As an industrial designer, I was convinced that there was a way to construct fog collectors that could withstand gale-force gusts of up to 120 km/h. Because the existing technology had completely failed, I began from scratch and assigned six bachelor theses in the areas of structural engineering, measurement technology and fluid mechanics, before we tested the first prototype in Morocco in 2013. This installation is still standing and, with just a few minor modifications, is exactly as it was on day one.

The key to the stability of our CloudFischer lies in the support grid behind the fabric. Peter Trautwein

European Business: During the technical development, was there a eureka moment, when you identified the problem that has blighted all the previous fog collectors?

Peter Trautwein: The key to the stability of our CloudFischer lies in the support grid behind the fabric. The support structure itself is made of pipes and clamps and is technically very simple; any structural engineer could have designed it. With the previous fog collectors, the fabric was sewn to the wire rope at four points. If there was a strong gust of wind, the seam took the full force and, with an area of 40 m² or more, the whole thing tore. Instead of the horizontal ropes that my colleagues had used to stabilize the construction, the CloudFisher uses a support grid which prevents the fabric from breaking down.

It was also important to design the gutter in such a way that it always remains connected to the bottom of the fabric, so that water collection doesn’t stop with the slightest breeze. Unlike FogQuest, we don’t use galvanized sheet metal or PVC because the gutter would rust quickly or become brittle and splinter due to UV light. In Africa and Latin America, people were continually telling me that, although they thought fog collectors were great in principle, it wasn’t practical if they had to repair them every week. Low maintenance is a very important goal so that the technology can really make everyday life easier for local people.

I met one of the founders of FogQuest, Robert Schemenauer, at a conference. I wanted to tell him about my technological improvements, but he didn’t want to see them. OK, I thought to myself, then you have to figure it out for yourself.

European Business: How does the fog collector work in practice, and how can your technology be financed in the poorest regions of the world?

Peter Trautwein: In Morocco, we undertook the largest fog collector project in the world, when we set up 31 collectors, each 54 m². Originally, the 1,600 people in the area used trucks to collect the water, but these often failed to get up the mountain due to the poor road conditions. In addition, a large proportion of the population could not pay for these water deliveries, with the result that the trucks didn’t come back.

Now our collectors are connected to a kilometer-long, underground pipe system through which the water flows into various cisterns and, ultimately, direct into local households. The people now have taps, which is a revolution in this region. Billing is achieved through a prepaid card system, but the prices are really just symbolic and staged according to consumption; every additional cubic meter is more expensive for fruit and vegetable growers. The bottom line is, however, that it is still significantly cheaper than Moroccan tap water. I am convinced that water has to have a price, because if something is free, people quickly learn not to value it. Nevertheless, the price must be set at a level that allows even the poorest people to afford clean water.

We finance the maintenance personnel who look after the fog collectors and the pipe system from the direct income.We financed the project in partnership with other NGOs and the Moroccan government, and applied via Bengo to the Federal Ministry for International Cooperation and Development Aid for funding in the sum of 660,000 EUR. However, since our foundation is too small to raise the required 25% own funding, we work with other foundations which enables us to take on new projects.

I am convinced that water has to have a price, because if something is free, people quickly learn not to value it. Nevertheless, the price must be set at a level that allows even the poorest people to afford clean water. Peter Trautwein

European Business: As a weather phenomenon, fog is as unpredictable as wind and rain. Can your CloudFisher nevertheless be a reliable source of drinking water?

Peter Trautwein: Before we even begin a project, we determine the likely yield with test collectors at various potential locations, and only when yields are satisfactory do we go into concrete planning. Our fog collectors do not necessarily have to be installed on the coast; the fog source for our collectors in Tanzania, for example, is a local lake, and in Morocco we use so-called advection fog to produce drinking water. The decisive factor is the droplet size - ideally 20 to 40 micrometers, which roughly corresponds to the cross-section of a European hair. So, certain site conditions have to be met in order for our CloudFisher to produce significant amounts of water. I receive emails every day with enquiries such as “I live in Wuppertal where there is always so much fog. Would it not be possible to install your collectors to turn this into a useable resource?”. Even if I were interested in such a project, I would have to decline for physical reasons alone.

European Business: Due at least in part to the climate change, the water shortage is becoming increasingly extreme, particularly in the regions in which you are active. Can Aqualonis be a large-scale solution?

Peter Trautwein: I don’t think so. Fog collectors will certainly be one of several technologies used to combat water shortages, but their use will continue to be limited to very remote areas.  For the technology to work, specific climatic and geographic conditions have to exist, and even then, fog collectors quickly reach their limits. A small town with 10,000 inhabitants, each using 20 l of water a day, would require a completely unrealistic number of collectors to achieve the necessary volume of water.

European Business: Thinking in particular about a vodka manufacturer in California who is eagerly promoting the fact that its water originates from fog, what about the commercial applications of your fog collectors?

Peter Trautwein: I suspect this is a marketing strategy. We originally presented our fog collectors in California as a possible contributor in combating the disastrous effects of the continual drought. Many wine and almond growers have already given up in recent years due to the increasingly difficult climatic conditions. But for North Americans, who always think in XXL-dimensions, we are probably too small. At first, everyone attending the workshops thought the idea was great, but in the end, no one wanted to implement it.

I see these commercial applications as just a side-note for our technology and for the future of Aqualonis and WaterFoundation. Our main aim is to help where our device will make a real difference to people’s everyday lives - in small, scattered towns in the mountainous regions of Latin America and in Africa. We regularly talk to local people who get their water from wells and water points that are completely contaminated with nitrate - a life-threatening substance for infants and young children. So far, however, they lack the alternative: clean water.

In addition to the production of drinking water, we are also involved in the extraction of water for the agricultural industry, especially in afforestation. We are currently carrying out two such projects in Eritrea; 1 km² of reforested rainforest has already had a positive impact on the climate. 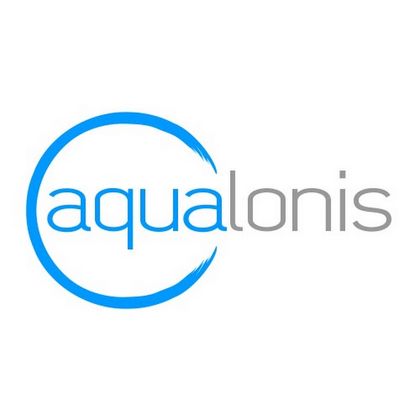